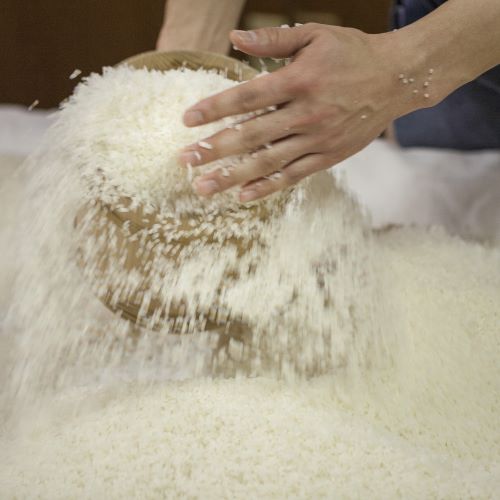 The role of the “kurabito” – one who works in a sake brewery – is incredibly varied. While the traditional image is that of a team of brewers hunkered down for a long brewing season of focus and isolation, nowadays the term has come to encompass the diverse range of tasks at the brewery involved in seeing a bottle of sake through from start to finish. That being said, for the most part, having a physical hand in the process of crafting sake, in more cases than not, is often central to the role.

New sake breweries are popping up right and left internationally, creating opportunities for ambitious brewers to experience the craft closer to home, however the role as it exists in Japan is very much something unique to beverage’s relationship to the livelihoods, people, communities and culture that it has been central to for centuries. This makes the role of working in a sake brewery in Japan incredibly special and intriguing, yet equally demanding and challenging.

As sake’s prevalence has grown internationally, so has the number of non-Japanese investing a significant part of their time and energy to the act of making sake here in Japan. While those cases are still few and far between, you can only expect it to become more common.

This week we invited three gentlemen from very different backgrounds with different motivations; their common thread being that they have all found themselves making sake as kurabito here in Japan, each at very different breweries of very different scale, style and philosophy.

We’re joined this week by Andy Russell at Imada Shuzo in rural Hiroshima, makers of Fukucho, Jorge Navarrete of Matsui Shuzo in the heart of Kyoto, makers of Kagura, and J.J. over at Imanishi Seibei Shoten in Nara, makers of Harushika.

Together with Sebastien, Chris and Justin, the group explores the nature of this truly invaluable, yet incredibly demanding, and equally rewarding career path. Grab a glass, sit back, and travel with these inspiring gentlemen to their respective locales for a taste of life in the kura.

If you haven’t heard, Sake Future Summit 2020 is happening on November 21-22! Imagine more than a year’s worth of Sake On Air on steroids, with visuals, packed into a single weekend. A lot of the sessions have been announced, but we still have lots of exciting announcements to come. Stay tuned!

Thanks for tuning in with us this week and we’ll be back with more Sake On Air in a couple of weeks.

Our theme, “Younger Today Than Tomorrow” is composed by forSomethingNew for Sake On Air.