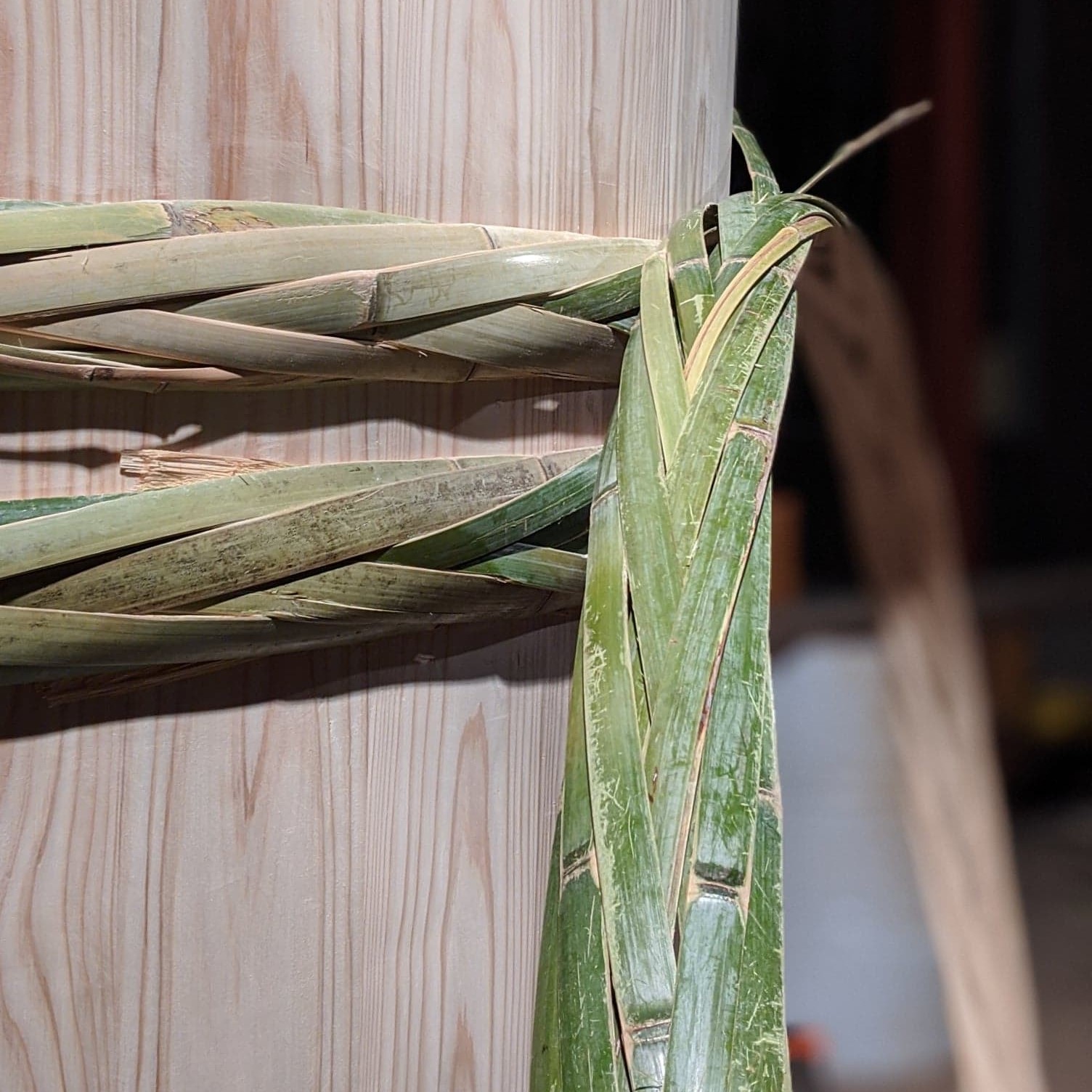 Last January Sebastien and Justin travelled to Shodoshima, the island of kioke, shoyu, and olives, located off the coast of Kagawa Prefecture of Shikoku Island in Western Japan.

The purpose? To take part in the Kioke Summit hosted by Yamaroku Shoyu. Why are we visiting a shoyu (soy sauce) maker for an episode of Sake On Air? A quick internet search for any combination of the key words above will tell you why, but here’s the gist: With almost no one left in Japan (which means, in the world) that possesses the skill and knowledge for crafting large-size kioke (wooden tanks) used for the fermentation and storage of sake, soy sauce, miso, vinegar, and occasionally other fermented beverages and flavorings, Japan is at risk of losing a massive element of its microbial DNA. That includes the character, quality and originality that makes Japanese regional cuisine—and Japanese cuisine in general—the delicious wonder that it is.

Owner of Yamaroku Shoyu, Yasuo Yamamoto, took it upon himself to develop a means of reversing that trend. For years he and a dedicated team bound together both locally and across Japan have been honing those woodworking skills themselves and then training others around Japan that are in a position to reinstate kioke into their production. The future of Japan’s kioke (and if you haven’t caught on yet, the flavors that define Japan) is at risk of being lost and Yamamoto-san and team are close to being the last bastion.

For years Yamamoto-san and team have been hosting what they call a “Kioke Summit,” where those in the industry come to learn the craft and share the culture of kioke. Back in January, for the first time they opened the event up a bit more to those on the periphery of the industry and hosted something more akin to an actual summit, with guest speakers, panels and lectures spread across several days with kioke construction serving as an ongoing backdrop.

The incredible work, energy, passion and sense of community is something above and beyond what any of us could have imagined. Sadly, we can only transmit a fraction through the airwaves, but I think our sense of awe of the entire ordeal shines through in our discussion.

And fret not, as we are indeed discussing sake and shochu as well, in the context of kioke. We touch on the input from participating breweries and distilleries, including Kenbishi, Aramasa, Satsuma Shuzo, Yamanashuzo (makers of Okutamba) and more. Plus, Sebastien pays a visit to the island’s only sake brewery, Morikuni, and shares a bit of his experience.

We’re lucky to be joined again this week by Jamie Graves, Japanese Beverage Portfolio Manager for Skurnik Wines & Spirits and previous guest from Episode 16, who made the trek to the island with us. He tells us about his trip to Kenbishi the week prior and the unexpected discoveries and chance meetings from throughout the Summit.

Speaking of Summits, for those of you that missed out on, Sake Future Summit 2020 back on November 21-22, we’ve begun to upload and archive the various sessions from that informative and inspiring weekend into a playlist on our official YouTube channel. The remainder are scheduled to go up over the next couple of weeks, so do check back occasionally and share

Day 1 YouTube Archive: https://www.youtube.com/watch?v=zqP_2k2S7iE
Day 2 YouTube Archive: https://www.youtube.com/watch?v=lQu2XcwtxpY
*Note that due to YouTube’s streaming and archiving restrictions five sessions did not get included in the Day 1 archive. Some of these have been uploaded to the playlist already, with the remainder scheduled to go up in the coming weeks.

We somehow managed to produce more programming over a weekend than we do in an entire year for the show. That being said, the podcast is where our home is! If you appreciate what we’ve put out into the world, please do leave us a review on Apple Podcasts, or reach out to us at questions@sakeonair.staba.jp. You can follow us on  Instagram, Twitter, and Facebook, or subscribe to us over on YouTube.

Only a month left in 2020.
Here’s to hoping the remainder of your year is filled with sake, health and happiness.

Our theme, “Younger Today Than Tomorrow” was composed by forSomethingNew for Sake On Air.