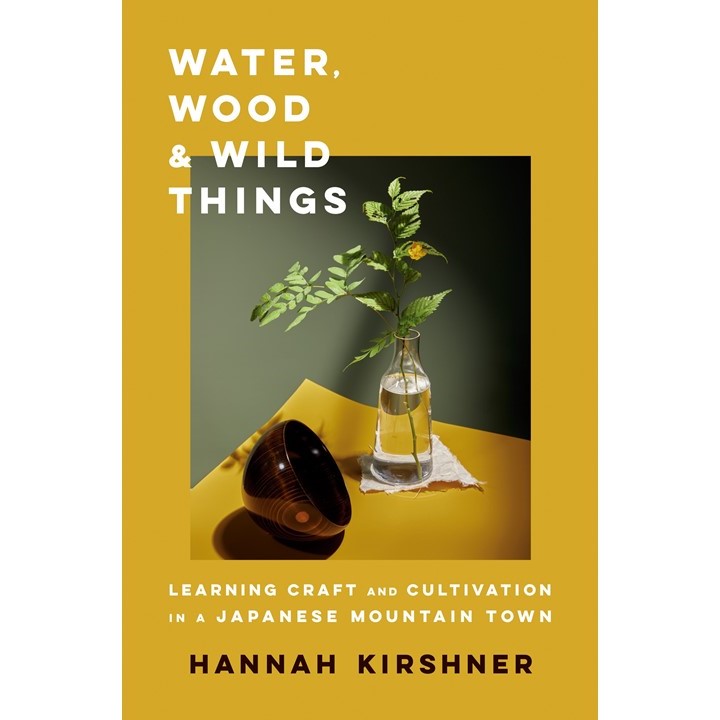 In the past we’ve hosted episodes with a handful of non-Japanese individuals that have dedicated themselves to the work and lifestyle that comes along with being a kurabito (brewer) in Japan. We’ve even had a guest that’s been so deep in the game for so long that he’s approached toji status.

This week, however, we sit down for a sort of fireside chat with an inspiring and insightful young woman who not only committed herself to the rhythm of a sake brewery, but in doing so, made herself a part of the small mountain town that it resides in, and all that comes along with it.

Lucky for us, in Water, Wood & Wild Things, accomplished writer, artist and food stylist Hannah Kirshner was kind enough to document it for all of us, as well.

Scheduled to release on March 23rd via Viking, Hannah conveys her experiences in Yamanaka since 2015 in a manner that I’ve rarely experienced in books crafted to communicate an experience of life in Japan. Maybe it’s because the book isn’t really about Japan.

While in Yamanaka, Hannah has set up shop in a sake brewery, in this case Matsuura Shuzo, makers of Shishi no Sato brand sake, committed herself to apprenticing behind the bar with a borderline-obsessed sake evangelist and service professional, relentlessly pursued the “way” of tea, dedicated her time and energy to the lathe with a woodturning artisan of national acclaim, insistently pursued the inherent warmth in the craft of charcoal making, grown indoctrinated into the world of wild game hunting, and all of the other things you might imagine (and many you wouldn’t) that would accompany such a lifestyle and commitment.

Thankfully, there are a lot of books these days that focus with precision on what sake is. In Water, Wood & Wild Things, by shedding light on the ways in which the people of Yamanaka’s livelihood is interwoven into the fabric of their work, community, and hence their identity, we finally get a voice that shares with us why sake – and the ecosystem that it’s inseparable from – is important.

You can help new listeners discover Sake On Air by leaving us a review on Apple Podcasts or your favorite service for podcast enjoyment. Send us your thoughts at questions@sakeonair.staba.jp and follow along with us on  Instagram, Twitter, and Facebook. There’s also a lot of great sake and shochu-inspired programming over on YouTube.

We’ll be back with more Sake On Air very, very soon. March is going to be a busy month. You can thank us later.

Our theme, “Younger Today Than Tomorrow” was composed by forSomethingNew for Sake On Air.